When it comes to employing a builder, there is nothing customers value more than reliability and a proven reputation. One Herefordshire business is proud to have been providing both those things to customers for over 50 years and in 2007 celebrated its 50th anniversary as a family run building firm offering Herefordshire great workmanship and great service. The way that E C Joseph & Sons is set up means that they can cover any aspects of building work from a tap washer through to new-build, refurbishments, extensions and general maintenance.

Today, EC Joseph & Sons is run by Andrew Joseph, the third generation of the family to do so. The firm was started in 1957 by Edwin Joseph, better known as 'Ted', who served as a regimental Sergeant major with the royal Artillery in Burma, and returned home determined to start his own business.

After several years working for others his dream was realised and soon after he set up on his own, he was joined in the business by his son Fred. During the 1960s the father and son team played their own significant part in the building trade in Hereford, employed to build Vincent Greenhouses in Blackfriars Street and involved in the building of Woolworths in Eign Gate.

"My grandfather also did work for Herefordshire Council," says managing director Andrew. "And I'm very proud to say that, 50 years later, EC Joseph & Sons is still employed by the council. One of our recent jobs for them was the refurbishment of Kington Library."

Also in Kington, E C Joseph & Sons were the builders employed to convert the Old Cottage Hospital into a YHA Youth Hostel. Another long-standing customer has been West Midland Reserve Forces. "For the last 40 years, EC Joseph & Sons has done all the maintenance work for West Midlands Reserve Forces, working on all their Air Cadet and Army Cadet meeting places and depots in Herefordshire and Worcestershire.

Even before he joined his father in the business when he left school, Andrew had been involved working with both his grandfather Edwin and his father Fred during his school holidays, but the success of the business is not just down to the three generations of men who have led it.

Behind the scenes, Andrews mother, Joan Joseph still retains an interest in the business and Edwin's late sister in-law, Andrew's Great Aunty Dolly who was company secretary until she reluctantly retired at the age of 88, having stayed on to provide support to the incoming company secretary, her son Brian, and to secretary Dawn Wilson.

Dawn is one of the most invaluable and longestserving members of a team of 25 who create the extended family that is EC Joseph & Sons, but, we must not forget the support and loyalty of all members of staff.

With the birth of his own son Bobby in 2007, Andrew is already looking forward to the EC Joseph name carrying on into the fourth generation. 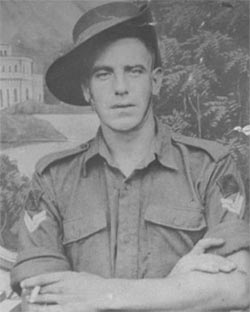